The Arter’s were another family with a long maritime history, producing Captain William Arter 1818-1854 who commanded the schooner Aberystwyth and drowned in October 1854.  John Arter b.1839, was mate on the schooners Mary & Ellen and Sarah & Mary. Later, another William Arter, b.1843, sailed as ships boy on the schooner Eliza Francis before becoming captain in 1871. He was for a time master of the schooner Cambrian. He had served as mate on the Margaret Lewis and the S.S. Mountpark and later as second mate on the Sir Galahad. His brother David b.1846 was a ships boy on the schooner Reform with Borth’s John Williams b.1823, as captain. David went on to gain his captaincy in 1875 and commanded the Mountpark with his previously mentioned brother William as first mate, and another brother Enoch b.1849 as bosun. There was also William David Arter who was recorded as being a fifteen-year-old cook on the schooner John Pierce, captained by John Hughes of Borth.

There were also the brothers William John Arter b.1873, first mate, and William Llewellyn Arter b.1874, chief engineer. William Llewellyn spent most of his career working for Manchester Liners Ltd and served on the Manchester Brigade, Manchester Hero, Manchester Division, War Pundit, Manchester Citizen and Manchester Progress. He was at sea for over fifty years throughout both World Wars.A cousin Thomas Arter b.1880, another ships engineer, lost his life in World War 1 on the S.S. Harbury when she was sunk by the German submarine U70 in June 1917 whilst on a passage from Buenos Aires to Brest with a cargo of grain. Thomas’ brother David b.1883, who rose to the rank of second mate, died as a result of an accident on board the S.S. Charios at the age of thirty-six. The fatal accident occurred whilst the vessel was docked at Port Talbot, when a heavy block fell on his head killing him instantly. These two brothers lived at Bay View. This family had moved to Manchester by the beginning of the 20th century. 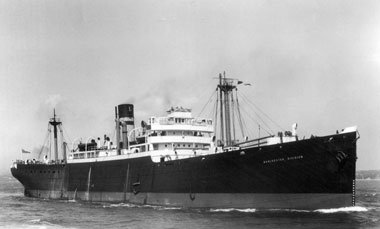