David Jones 1837-91, master mariner, commanded the S.S. Abbey on which, at the age of 54, he lost his life when the ship caught fire and sank. He had married Ann Hughes in 1861, and in the same year built their family home Seaview, today’s Maesafor. David and Ann had 5 sons who all became mariners and their lives mirrored other village seafaring siblings with a mixture of triumphs and tragedies. Remarkably three of them commanded large vessels before the age of 24. One, John Jones 1864-84, was tragically killed on his first voyage on the barque Dora Ann when he fell from a mast and was washed overboard in the middle of the Pacific Ocean, and another Hugh Jones 1874-1918, was lost with his ship and all the crew at the end of World War 1. 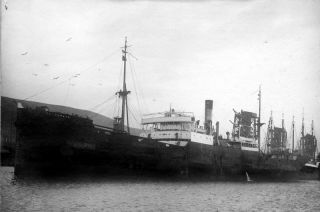 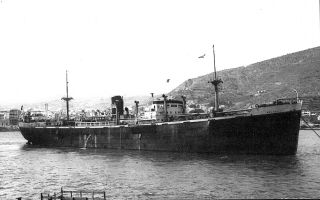 Edward Jones 1864-1925, of Glanmor House, was in command of the Mountpark at 23 years of age. In an illustrious 36 year career he commanded many Park Line vessels including the Beechpark.

Morgan Hugh Jones 1875-1925, of Glendower House, was also captain at 23 years of age after having gone to sea at 15. He commanded the S.S. Cadeby and the S.S. Ashton. Morgan Hugh was in command of the 1,330 ton Cadeby carrying a cargo of pitwood from Oporto to Cardiff when she was stopped by a German submarine, and the crew were ordered to take to the boats. Immediately they did this the vessel was sunk. There were four passengers and sixteen crew  members in the boats. As well as the captain, there were Borth crewmen John D. Thomas of Eversleigh House and David Jenkins of Rock House. All were rescued by the crew of the Bonafide of Penzance, and  landed at Newlyn, Cornwall. 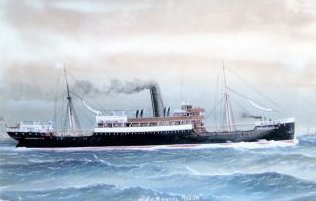 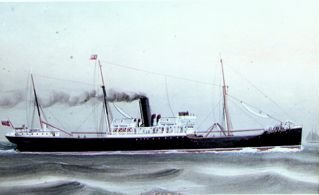 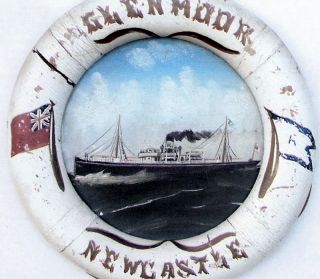 Captain Hugh Jones 1874-1918, was in command of the S.S. Surrey at the age of 25. He began his career as ships cook on the Abbey and seaman on the schooners Eleanor Jane and Catherine. He then moved to the Garsdale as an A.B. and served in the capacity on the Santon and the Edith Mary. Hugh was Second Mate on the steamers  Nant Francon, Cambuskenneth, Garth, Meath, Glenpark and Glenroy. After gaining his First Mate's ticket he served on the Seaspray, Cadeby, Torbryan and the L'Infreieur.  After five years of serving as captain on the Surrey she was involved in an accident when she struck a sunken wreck in the Gironde Estuary. Hugh was found not to be at fault and went on to command the S.S Cathcartpark, Garvelpark, Wellpark, Mountpark, Holmpark and the ill fated Heathpark. By 1895, Captain Hugh Jones’s wife Annie owned land on which the houses Surrey, Glendower, Glanmor and Carron were built. The Jones brothers occupied three of these new buildings; Captain Edward Jones at Glanmor, Captain Morgan H. Jones at Glendower and Captain Hugh Jones at Surrey, which was named after his first command S.S. Surrey. First officer David H. Jones lived at No.8 Cambrian Terrace whilst in Borth, and at South Pacific House, Barry Dock, South Wales. 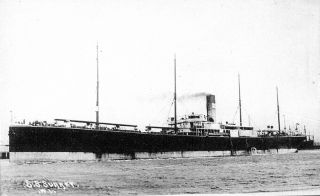 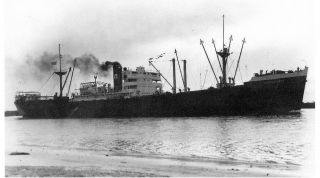 A train of events that began in September 1918 was to seal Captain Hugh Jones’s  fate before the end of that year. The German U-boat, U91, under the command of Captain Von Glasenapp went on a deadly voyage between 15th September and the end of October, 1918. It sailed from Heligoland to the Hebrides then down the coasts of France and Spain, and returned to Germany through the Pentland Firth. During its murderous mission, it hunted down and sank twelve vessels; some of which were from neutral countries. Amongst them were the small French sailing vessels Therese et Marth, Ave Maris Stella, Maria Emmanuel, Maja and the Pierre, as well as Spanish steamer Mercedes, the Portuguese steamer Cazengo, the Norwegian steamer Luksefjell, and tragically for three Borth families the 1,963 ton S.S. Heathpark, which was carrying iron ore from Bilbao to Maryport in Cumbria. 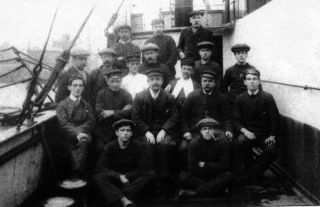 This recently built vessel, owned by the Denholm Brothers, Greenock, was torpedoed at 3 am, on the 5th October 1918, just off the coast near Bilbao, with the loss of all 27 crew members. Amongst those who perished were Borth men Captain Hugh Jones, Seaview, David Llewelyn Lewis, bosun, of Dalston House, David Kenneth Jones deck boy, Glanmor House, who was the captain’s nephew and also another relative William Llewelyn Roberts. Only the body of Captain Jones was recovered by the fishing vessel Isabelita, of Ondarroa. He was buried in that little Basque fishing village, but in 1925 his body was re-buried at Bilbao by the Commonwealth Graves Commission. 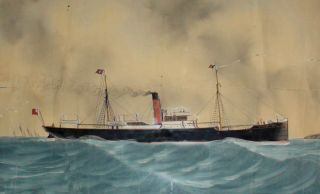 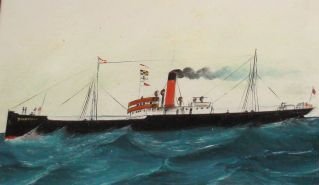 Two of the Borth victims of the Heathpark sinking had already survived a torpedo attack. David Kenneth Jones had been with his father Captain Edward Jones on the S.S. Beechpark when she was struck in August 1917, but despite sinking rapidly all the crew were saved. Bosun David Llewelyn Lewis b.1892, of Dalston House, had also survived a sinking at the beginning of the final year of the war when  on a Friday night in March 1918 the German U-boat 105 torpedoed the S.S. Penvean 15 miles North West of South Stack Rock, Holyhead. Twenty-two of the crew were killed, of whom three were from Borth; Hugh James Manchester House, son of Captain H. James Scranton, Morgan Morgan, Gogerddan Gardens Ynyslas and Basil Lougher Davies, son of Captain T. Davies Gloucester House. David Llewellyn Lewis, was landed in an exhausted condition, and was hospitalized in North Wales for a few days until he was able to proceed home. Seven months later, in October 1918, he was torpedoed again on the Heathpark, and this time did not survive. 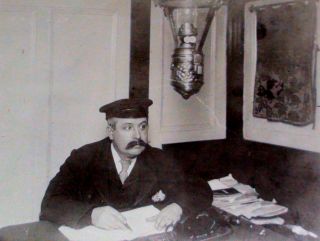 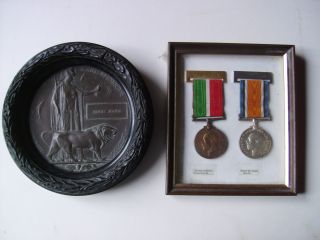 There is a romantic twist to the Heathpark story that I am sure the ghost of Captain Hugh Jones would approve of.  His grandson Hugh Evans, widowed a few years ago, took his daughter on a Q.E. 2 cruise, and when that vessel docked in Bilbao they went to visit his grandfather’s grave. Whilst there, Hugh met an English lady, Sue, who was the widow of the late cemetery gardener. Love blossomed and to cut a long story short they are now an item. Hugh now looks after his grandfather’s grave in his new role as cemetery gardener. 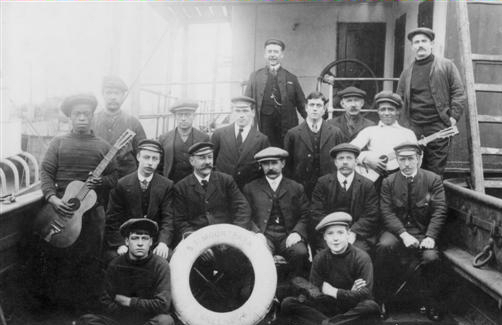 CAPTAIN H. JONES & THE CREW OF THE MOUNTPARK