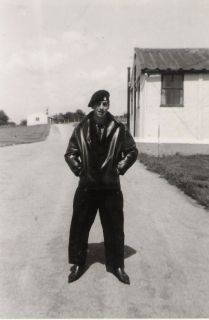 Michael Edwards b.1948, joined the Merchant Navy at seventeen years of age, and did his training at T. S. Vindicatrix. He went to see Dr. Lloyd Davies for his medical, and the next day jumped on a train to go to the training camp. He learned boat handling, rope work, cargo dynamics and basic navigation. After ten weeks, he passed his examination, and as he says, “it was surprising how many fell by the wayside because they simply seemed unable to tie a knot”. During this time, a great camaraderie existed within his group of recruits, but sadly he never saw any of them ever again.

Having signed on to the Cardiff Pool, he made a quick trip home before joining his first ship, a small coaster that traded between Bristol and Liverpool. He returned to Borth from Liverpool and ten days later, he joined the 70,000-ton tanker British Bombadier, which sailed out of Milford. He voyaged through the Mediterranean and entered the Suez Canal. In the canal Mike was painting the funnel on a bosun’s chair, when a huge sandstorm blew up, and the freshly painted funnel now looked as if it had been pebble dashed. It got so dark that the forward searchlight was used to negotiate the canal and any crewmember outside had to wrap a scarf or cloth, around their mouth and nose. He had never felt as hot as he did in Kuwait, especially as they tied up alongside a mammoth Japanese tanker, where the radiated heat of its metal hull increased the general discomfort of those working on the British Bombadier. Mike and his mates went on a tour of the Japanese giant, whose crew constantly asked them for whiskey.

From there, they sailed to Venezuela where they tied up to an offshore submarine pipeline terminal. Whilst they were taking oil on board, they heard heavy gunfire from the shore, presumably some kind of revolution. As Mike says he did not know what was going on, but the captain decided to sail away immediately, in case they got hit.

The moorings were slipped a bit too rapidly as the oil pipe was disengaged, consequently spilling a huge amount of oil into the sea, and all over the decks, which took over a fortnight to clean up. During this speedy departure, the ship was obviously moving before the bow mooring line was detached. Then Mike heard the ominous noise of a “singing line”. The older hands immediately screamed “dive for cover”, and Mike and others flung themselves under the nearest winch. The snapped line was singing as it whiplashed through all the standing bollards and vents, like a knife cutting through cheese. The tanker arrived back at Tilbury only half loaded with oil, and they spent the return voyage cleaning the oil and repairing the damage caused by the mooring line accident.

After a brief visit to Borth, Mike joined another, somewhat smaller tanker, the Regent Caribou. They left Liverpool on Christmas Eve, with the crew much the worse for drink. Their first port of call was Copenhagen, but before they could arrive, a dense fog descended, and the foghorn was sounding continuously, but making matters worse, there was a huge sea, and at one point, a massive wave broke across the deck smashing stanchions. As Mike says, “fog in calm weather is one thing, but in a huge sea it is frightening”. 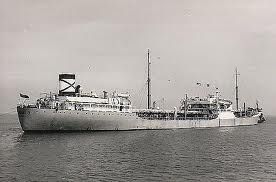 After arriving at Copenhagen, they had not been there a day when a vast contingent of police boarded the vessel searching, not for contraband and the like, but the missing head of the famous mermaid statue in the harbour. (It was found years later and reset on the plinth; the culprits having been students). After leaving Denmark, they crossed the Atlantic and headed up the Amazon to the port of Manaos; a town miles up the river that had once boasted an opera house where Enrico Caruso had sung.

Before they reached Manaos, as the ship was slowly moving against the fierce river current, an accident happened that was deeply disturbing for all the crew. As the ship was progressing, dozens of canoes, with the local natives on board, drew alongside, and the crew threw them tins of beans and apples and other fruit in a gesture of friendship. For some inexplicable reason, one of the galley boys decided to go down and get a closer view of the canoes, even boarding one, and in doing so slipped and fell into the river, never to be seen again. The lifeboats were launched and the ship was anchored, and even the natives in the canoes were searching frantically for the young crewmember, but to no avail. The ships boats were swept downstream and it took a couple of days for everyone to return. Instead of the long awaited revelry ashore at Manaos, a terrible gloom settled over the ship.

When Mike’s ship returned to Liverpool, everyone’s name was taken, in case they were called to the enquiry that was being set up to investigate the galley boys’ death. As Michael states, “thankfully he was not called”. Strangely, the vessel itself was soon scrapped, so her last voyage was a tragic one. This incident sullied things a bit for Michael, and he did not return to sea for a month or two. He next took a short trip on a coaster, and a couple of months later, he was ashore as his father had been taken ill, and died soon afterwards. After five years at sea, Michael decided to join the army, which he had wanted to do for a long time. He was six years in the army, doing three stints in Northern Ireland. After leaving the army, Michael and his wife Shirley, went to live in Anglesey where he has run a successful building business with his son.