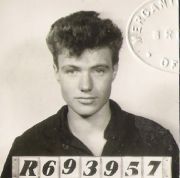 Edward (Teddy) Davies, 1941-2015, joined the Merchant Navy in 1957. He had left school at fifteen and worked with Johnnie Thomas, an ex-seaman, until he was old enough to join up. He went to the National Sea Training School at Sharpness and whilst there won a boxing medal. He joined the Swansea pool and got a berth on the B.P. oil tanker El Morro, which took him on a five-month trip calling in at Kuwait, Durban, ports in Argentina and Venezuela and even rounding Cape Horn. He went on the El Morro twice, and by sheer coincidence briefly met up with another Borth man, radio operator Gethin Evans in the Suez Canal. It was very much a hello and goodbye situation, as Gethin was on an Esso tanker going the other way. Teddy later joined the Cardiff pool and was on coasters for the Greenfield Line for a few voyages, which hardly varied. They went from Cardiff to Durham then to Cornwall for china clay for Preston. After this back to Cardiff for coal slag for St Malo in France and back to Cardiff again. After four years, he caught a very severe ear infection that precluded any further service. Since returning home, he has run a painting and decorating partnership with his brother Glyn. 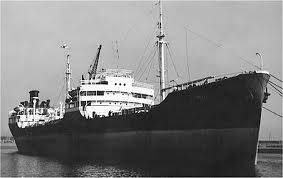