The story of Captain Thomas Pryse 1846-1915, begins in the 1700's with master mariner David Daniel the elder 1766-1850, of Pengraig farm, and his first wife Catherine Lloyd, with whom he had three children, David Daniel b.1793, who became a master mariner, Jane b.1796 and Evan b.1798, who practised as a surgeon in London. David Daniel the elder married Elizabeth Davies after his first wife Catherine's death producing a further four boys and four girls (the Daniels family history has a section of its own on this website). His first daughter Jane, by Catherine, married William Jones of Rhiwlas Farm and their daughter Mary married Thomas Pryse of Brynbwl Farm. Thomas and Mary had a son, Thomas Pryse b.1846. Tragically within a month Mary had died and subsequently the child Thomas was bought up by his grandparents William and Jane Jones at Rhiwlas Farm. Young Thomas no doubt inherited his seafaring gene from his grandmother Jane Daniel as her family produced a dozen master mariners and many of the Daniel women married local master mariners.

Thomas obviously felt close to his grandparents and owed them an obligation for bringing him up. However it seems that the lure of the sea had an affect on Thomas for several reasons. From the fields of Rhiwlas he could observe the shipping coming and going from Aberdyfi and he would have known that two young lads, one who had worked at his parents farm at Brynbwl and another at neighbouring Brynbala, had run off to join the Royal Navy and fought in the Napoleonic wars. All this was probably heightened by village boys telling tales of exotic places and adventurous voyages. Unsurprisingly by the age of nineteen it proved too much for him and he left the farm to join his first ship.

In 1871 he obtained his second mates certificate and two years later he gained his first mates certificate and served in the latter capacity on the Courier of North Shields, the brigs Hannah, Mayfield and General Holt as well as the schooner Balmoral and the barque Jane Maria. He then moved to steam ships such as the Faithful and the Loxton. In 1881 he became a master mariner, however what ships he captained elude us for now. In 1888  he was mate on the previously mentioned Loxton. Perhaps as befell many a sailing master, steamship commands were hard to get. Recently it has come to light that he was First Officer on the S.S. Treasury in early 1915. He was 68 years of age and he later died in the same year. This means that for 27 years there are no details of his maritime career, which could give credence to Ann Surnam's recollections that he had once commanded a private vessel taking an Indian nobleman on long voyages. Hopefully more information will come to light.

Thomas married Gwendoline Rice b.1852 in Borth, she was the daughter of John Rice Tyllechwedd Farm. John Rice is noted as a shareholder in the schooner Francis owned by the Daniel family; so family connections were strong. Whilst Thomas was at sea in 1891, his wife Gwen returned from Liverpool to reside in Borth where they were to remain for a number of years. With Gwen were the children Mary Eleanor b.1878, Thomas James b.1881, John William b.1885 and Annie Gwendoline b.1887. Also with them was Gwen's 92 year old widowed father John Rice b.1799. Tragically both of Captain Thomas Pryse's sons, Thomas and John, died in the First World War. (This information and new research makes a strong case for their inclusion on the Borth War Memorial).

The spelling of the surname Pryse indicates, so Captain Pryse's descendants believe, a connection with the Pryse's of Gogerddan. If this is so then the link with the Borth area goes back to 600 A.D. when it was known as Porth Gwyddno. Gwyddno Garanhir (Longshanks) was a local chieftain or nobleman, supposedly an antecedent of the Pryse's of Gogerddan. This lineage also included Gwaethfoed who gave his name to an area in Ynyslas, called Ynys Gwaethfoed. Gwyddno's name can be found in local topographic features such as Caer Gwyddno (Gwyddno's Fort) now the Patches Shoal and Maes Gwyddno (Gwyddno's Meadow), the stretch of coastal water between Wallog and Aberdyfi. The photograph of Thomas Pryse, I believe, bears a striking resemblance to his purported Gogerddan realtives. Recently this supposition has been verified by a descendant of the Gogerddan Pryse's.

According to the captain's Pryse's descendant, Ann Surnam of Fiji, the captain's family moved to London in 1912 so that Ann's maternal grandmother, Annie Gwendoline, according to family lore, could learn to speak English; something she apparently resisted. Annie Gwendolin Pryce's two grandsons, that is Ann Surnam's siblings, Thomas and Roy Day, went to sea and both became master mariners. Therefore the centuries old lure of the sea that had begun in Borth in the 1700's manifested itself again.

Thomas William Manse Day 1932-2006, was a master mariner at the age of 24, and his brother Roy George Day 1937-1979 was master at 29 years of age. Both Day boys served their apprenticeships on oil tankers belonging to H.E.Moss & co. Liverpool. Thomas went on to command Tate & Lyle ships becoming principal captain and ran their first Crystal ships. He then went on to become a Thames river pilot. Roy commanded Shaw & Saville vessels for several years then secured shore positions at the ports of Antwerp and Southampton.

Ann Surnam's sons have also inherited the seafaring gene as both are passionate sailors. David and Giles Surnam taught themselves to sail in small dingys in the last days of their holidays on the islands of Kiribati prior to returning to school in England. Their parents were residing there as their father Peter had been appointed to the judiciary of the newly independent Republic of Kiribati which is a group of islands and far flung atolls in the Pacific Ocean. Peter was to go on to hold judiciary positions in Hong Kong and finally Fiji.

David Surnam has crewed in the Fastnet and the Round Britain and Ireland races. Giles Surnam is a member of the Hong Kong Yacht Club and has regularly participated in the South China Sea Race, which is from Hong Kong to the Phillipines. Both brothers have sailed in The Atlantic Rally from Las Palmas to Saint Lucia in the West Indies. Their sister Bronwyn and their mother Ann also taught themselves to sail whilst living in Kiribate.

The Welsh connection is still strong as both David and Giles attended Aberystwyth and Cardiff Universities respectively.

To think it all began long ago with a Borth boy daydreaming of seafaring whilst tilling the fields at Rhiwlas Farm.

Many thanks for this segment goes to John Ellis for Captain Pryse's career details and also the family descendants Ann Surnam, Julie Riffin and Sarah Swift for providing history and photographs 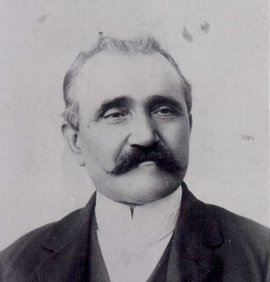 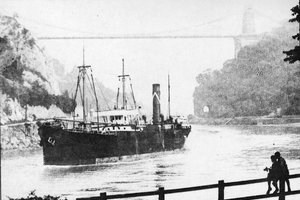 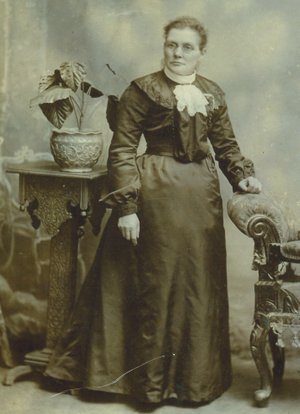 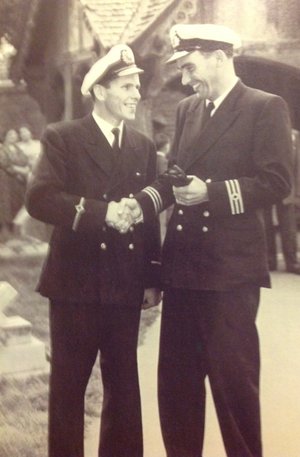