The Morgan mariners of Morawel began with Captain David Morgan the Elder b.circa 1767, and his wife Margaret. At the age of 21 David financed the building of the sloop Botalog (Bodalog) at Derwenlas, making him the sole owner. The name of this sloop in old records is spelled with a "D" and not a "T" and is the name of a smallholding near Towyn which was part of the Talgarth Estate. In a book on the life of Father Ignatius of St Paul, who as a young man around 1820 journeyed to Wales and spent some time at Towyn with a fellow Cambridge student, it mentions them taking  tea at Bodalog with a Mr and Mrs Jeffries. With the purchase of another sloop the Eleanor and Betsy David's business endeavours were to flourish. According to Beryl Lewis's researches, the Morgan's purchased a segment of wasteland at Morfa Borth in 1825 for £10. David died in 1841 and it seems that the dwelling (which later became known as Morawel) was built in 1848. This begs several questions; where were they living prior to this? Is it possible that there was an old dwelling already on the land as was the case for many other houses on the Morfa? Were they the remains of a farm that a Sarah Davies sold off in the 1780's as claimed by the current owner of Morawel Rosemary Wareing .

After Margaret became a widow she was enterprising enough to run a coffin shop at what was later Cliff's Bakery. Her husband's legacy of 2 sloops and the profits from the new business no doubt enabled her to build a new house, Morawel, on the site. The family had bought a sizeable portion of land in the vicinity, It is claimed they gave some of this land to build the little chapel that is now a jewellers studio, next to Caer Gwyddno, and the larger Baptist chapel nearby as well as the right of way to the church (pers comm. R. Wareing, 2018). What is certain is that they did not bequeath the strip of beach front from Glyngarth to today's toilets to Borth residents in perpetuity. This strip and a larger piece of land, owned by a character called Old John who resided near the yet to be built railway station, was bought by Thomas Savin just prior to the Cambrian Railway coming to Borth in the 1850's. This was to facilitate the building of Borth Railway Station, Cambrian Hotel and a row of guest houses, today's Cambrian Terrace. Recently Borth Community Council has rejuvenated and beautified the beach front area after leasing it from the owners of the houses in Cambrian Terrace and those opposite the beach,  on the proviso that it remains on their deeds (pers. Comm. R. Quant, 2019).

David the Younger b.1796, and his three brothers were all master mariners, primarily involved with running sloops at the beginning of the 19th century. David sailed the Botalog and Eleanor & Betsy. Lewis who lived in Gloucester Cottage owned and ran the sloop France. William, who lived in Brynowen Terrace, commanded the Dove, Speedwell and the Botalog. John captained the sloops Fame, Caterina and the Betsy. At one time there was a dwelling named Botalog at Morfa Borth and later a Botalog House appeared near Tywyn. We have a record of Captain David Morgan taking a 14 ton cargo of oak bark for tanneries in Ireland in the 1790's on the Botalog. This sloop sprang a leak and sank off Bucks Head Caernarvonshire in 1850. In 1806 David was briefly on the sloop Amity, as was his fellow villager Enoch James. This sloop is not to be confused with its namesake built in 1847 for John Davies of Borth. There is a plaque to this affect in front of what was Celtic House, now appropriately renamed Amity House at Morfa Borth.

Captain David Morgan the Younger's son Hugh, 1829-1895, became a master mariner. For a time he ran his father's sloop the Eleanor & Betsy when he was only 18 years old. This vessel sank in a gale upon entering Aberdyfi in 1847. The crew took to the boat but it was swamped. Thankfully a Mr. Thurston, taking a morning horse ride went to rescue the stricken party. By 1850 after half a century of fruitful activity the Botalog and Eleanor and Betsy had both sunk. Hugh's next vessel was the 72 ton schooner Jane Ellen, built in 1856 which served the family well for 30 years. During a massive storm in 1867 the crew of 5 were taken off by lifeboat for safety whilst she rode out the storm. this schooner was named after his wife whom he married in 1854. Jane was the daughter of Captain Rees Lewis 1797-1884, of Aberdyfi. After the marriage Hugh moved to Aberdyfi and with the financial help of his father-in-law bought the 123 ton brigantine Xanthus. The family home near Towyn was named Xanthus House. The vessels master prior to Hugh's ownership was David Jones of Borth who ran her with an all Borth crew from 1866 to 1868. Thereafter Hugh owned and commanded her, again with an all Borth crew, consisting of John Richards, a family friend, as mate, two able seamen John George and John Jenkins, ordinary seamen John Edwards and Thomas Davies and ships' boy David Morgan 1859-1914, who was the captain's son. Suffice to say Richards, Jenkins, Edwards and Davies all became master mariners.

After Hugh retired due to poor health, Borth Captain, Evan Lewis, ran the vessel for a time. Later Hugh's son David took command. In the 1881 census David is noted as the Xanthus' captain when she was docked at Holyhead. Later he commanded the S.S. Briar Rose, built in 1892, which was sunk by a mine in 1941. He was also master of the S.S. Liverpool, a vessel chartered by the Cambrian Railway Company to transport cattle from Waterford to Aberdyfi. This vessel was sunk in 1916 by a mine. David's last ship, the S.S. Marion Lee, carried a far more exotic cargo as it transported Muslim pilgrims to Mecca from Alexandria Egypt. Of David's brothers only Rees Lewis Morgan 1861-1937, went to sea. Prior to commanding the steamers Clare, Mersey, Pansy and Argos he captained the Xanthus on her last voyage when she foundered on the Goodwick Sands near Fishguard in 1882. All the crew survived, rescued by the Fishguard lifeboat. The Mersey was built in 1903 and sank after hitting a mine in 1940 causing the death of 13 men, Of David's other two brothers Hugh junior b.1864, emigrated to Melbourne Australia and John William b.1867 became Station Master at Aberdyfi. 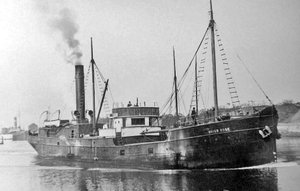 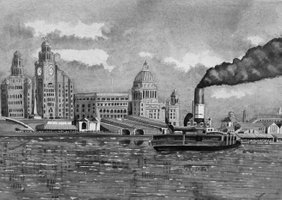 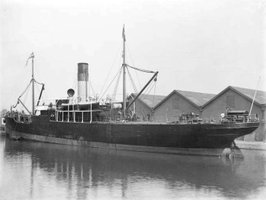 Hugh's father-in-law, Captain Rees Lewis was a successful and important player in Aberdyfi's maritime history. He had four sons and three daughters. The daughters all married master mariners, namely John Evans, Ellis Roberts and Borth's Hugh Morgan. Rees Lewis and Hugh Morgan owned and invested in several vessels including the brigantine Catherine Hodges built 1842, which was captained by Rowland John Lewis, Rees Lewis's son, which was lost in 1870, the brigantine Xanthus and also the 130 ton brigantine Italian Hero which was abandoned and sank in 1880. 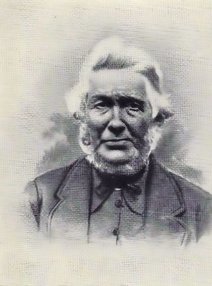 Hugh died in 1895, and his sister Mary died 7 years later in 1902 at Morawel where she had lived with her husband Master Mariner William Jones. After Mary's days Morawel was sold out of the family. Captain John Arter purchased it and the land to its north, where later he built Bay View. Captain Arter rented Morawel to Captain Richard Rees. The latter is listed as the owner in the 1911 census. Captain Rees and wife Mary had no children and poor Mary had a terrible shock in 1917 when she rushed to Glasgow to meet her husband on his vessel the S.S. War Tabard. The couple had not met for years as he was on war duty, however upon her arrival she found that he had died of pneumonia. In the next two years The War Tabard changed ownership twice and was renamed Jura and then Radyr. She sank with a total loss of life in a gale in the Bristol channel at the end of 1919.

By 1920 Ann Arter had sold the property to widow Mary Rees, but as Beryl Lewis's researches reveal there were complications and it was not until 1932 that Mary acquired the property, but by 1938 it was sold which ended Borth ownership. One person mentioned in the Morgans land transactions, who was often part of Hugh Morgan's crew, was Borth man John Richards who later went on to become a Captain. We are yet to determine whether he was one of Captain William Richards' siblings. John Richards is mentioned in the archives as being given a piece of the Morgan's land to build himself a house which could possibly be today's Murmur Y Mor.

Thanks to John Ellis,Beryl Lewis and Rosemary Waring for their contributions to this segment.